Well, here we are – the end of April. The grass is greening, the trees are budding, and Iowans are emerging (at least in 77 counties).

And yet, we are far from out of this pandemic. Despite Governor Reynold’s reassurances during her press conferences, I have seen online many Iowans fearing the worst is still yet to come. While many Americans are loudly demanding a return to “normal” life, an equally loud contingent are demanding continued restrictions.

I couldn’t help but notice that many of these conversations seem to center around a key topic: power.

What I want to do today is show you through our current series in Job 38 that God is the ultimate power. And while the type of power He possesses should induce within us fear, I hope to show you that it should actually induce peace.

8 Or who shut in the sea with doors
when it burst out from the womb,
9 when I made clouds its garment
and thick darkness its swaddling band,
10 and prescribed limits for it
and set bars and doors,
11 and said, Thus far shall you come, and no farther,
and here shall your proud waves be stayed? (Job 38:8-11 ESV)

Power in the Storm 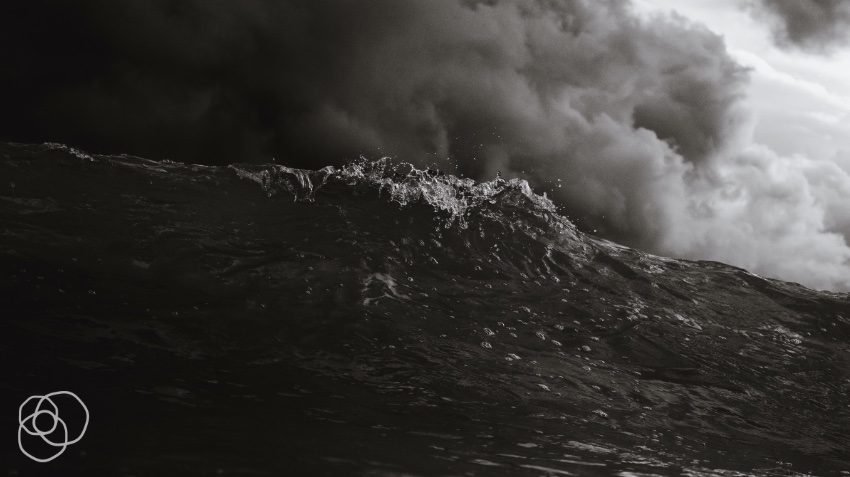 The 2012 film The Impossible is the true story of a family vacationing in Thailand in 2004 during the Christmas holidays when one of the worst tsunamis in history crashed inland, laying in its wake death and destruction. The movie shows the power of ocean water that has been moved and displaced by an earthquake.

And yet God, in Job 38, says He has even greater power than the deadliest tsunami in recorded history. God is the one who put the land in place, so the power of the oceans doesn’t overtake the entire world. He is the one who set into motion the cycle of rain and evaporation. And even the worst wave can’t travel forever.

So Job 38 gives us a glimpse of the power of God.

Now, I realize this brings up an ethical issue. If God has this kind of power, why didn’t he stop the tsunami of 2004? Or the flood that affected Waverly in 2008? Or the tornado that wiped out half of Parkersburg in 2008? Is He incapable, or doesn’t care, or operates randomly?

To be able to fully answer that, one has to be on the same level as God. But since God’s ways are higher than our ways, we can’t give a fully satisfactory answer. Yes, God is completely capable of stopping a tsunami (the resurrection of Jesus displays that). And yes, God deeply cares for humans (the cross of Jesus displays that). And while we may not know how many tsunamis He has stopped throughout history, or how many tornadoes He has swallowed up, we may never know why He still allows certain geological tragedies to happen. Only He fully knows why He allows some things to happen and why He stops others. What we do know is that creation groans under the weight of sin, and God will one day put a stop to the suffering. So we can still trust Him in the midst of the storm.

And that is why we can find peace in God’s power.